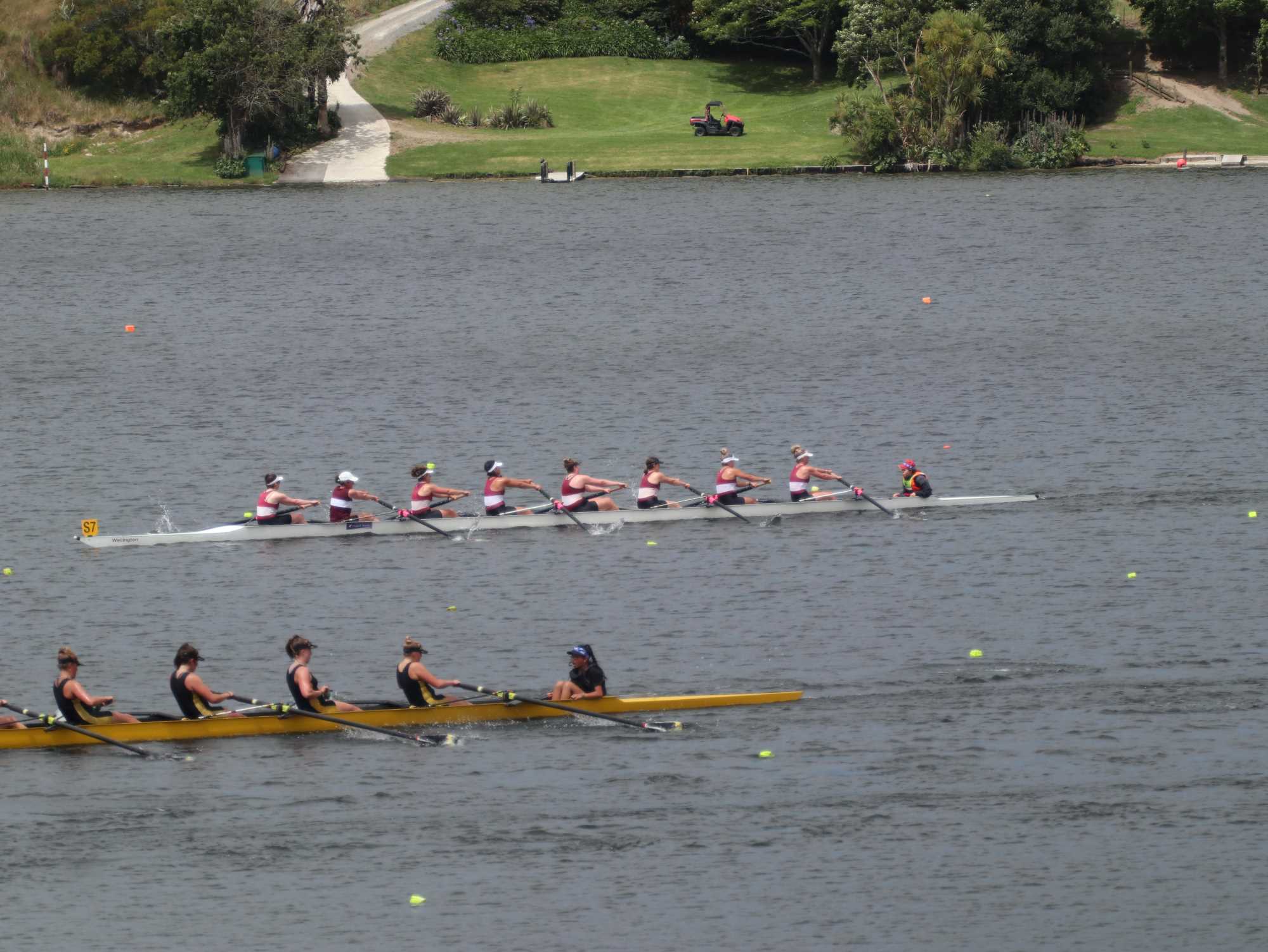 In late December a number of Wellington club and school crews competed at the Karapiro Christmas Regatta. Conditions were relatively challenging with quite a lot of wind in the outside lanes, although nothing we aren't used to here on the harbour. Results were promising for the upcoming main regattas, with a number of places, particularly in the club grade. The result of the weekend went to Anna Macquarrie, who won the women's senior single event.