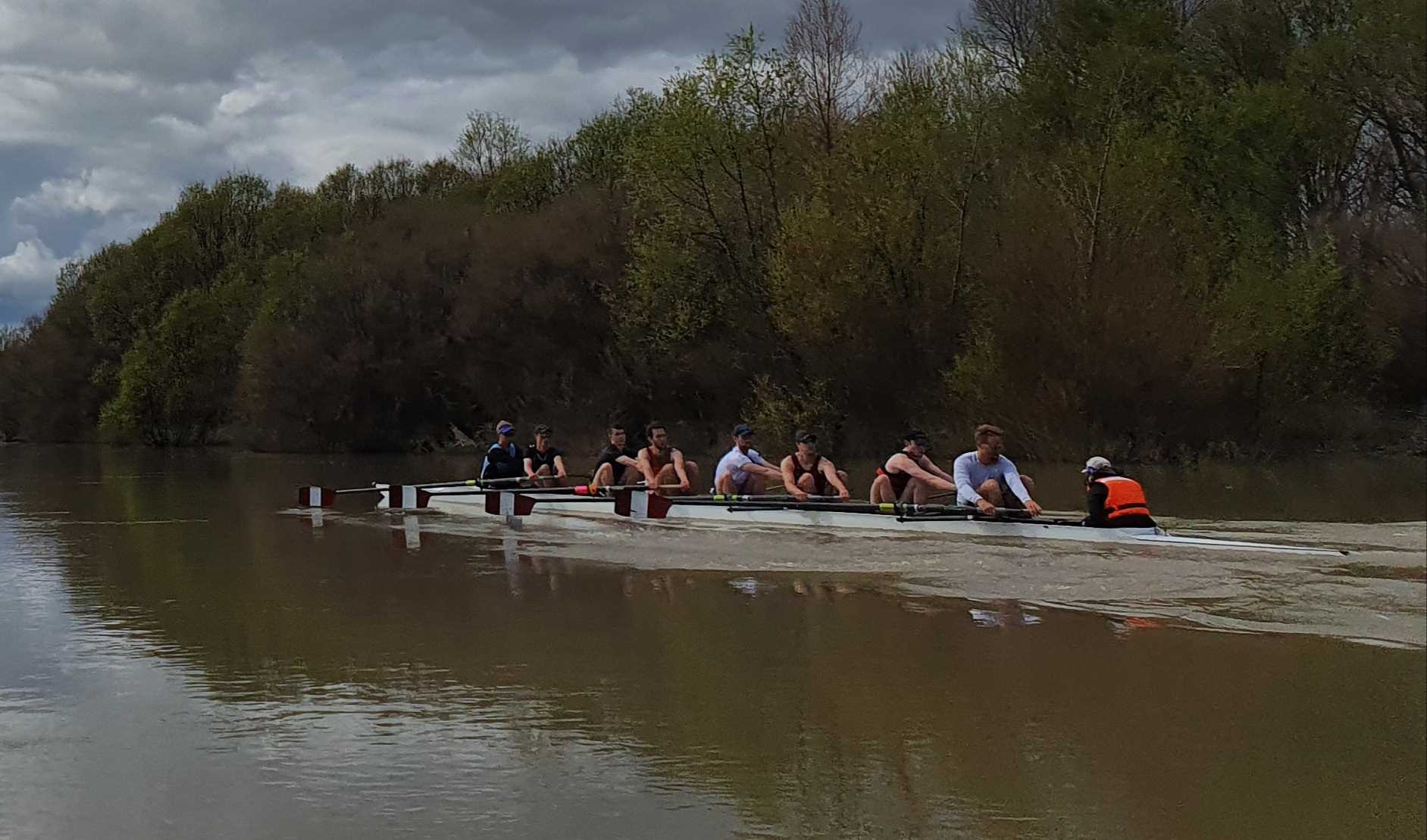 "Warming up" at 38 strokes per minute

We were very privileged to have Will Satch, MBE, spend a day with the Club and Senior men's squad last weekend.

Will was the stroke of the Great Britain eight which won the Gold medal at the Rio Olympic Games in 2016. Recently arrived in New Zealand, through a connection with our Captain, Liam Macarthur, Will kindly agreed to join us for the day.

As well as offering some useful coaching tips, Will enthusiastically joined in our water session with the eight, initially in the stroke seat, then in the six seat. The effect was dramatic, with the whole squad picking up his strong lead.

One of the highlights of his visit was his generous act of jumping into a double with one of our least experienced athletes: a moment that athlete will never forget. Off the water, Will talked of the importance of the team and of trust throughout: his actions proved that he is a powerful role model for us all.

Will is going to be based in Christchurch, but we hope to see him on occasion through the season, including at our post-Christmas training camp in Blenheim.